We are unique trial and appellate lawyers.

We try cases and argue appeals throughout Canada and the U.S.

Every day we are before the courts in both of those countries.

We have been practicing before the courts in Canada and the US for the past 23 years.

The below map of Canada and the U.S. shows the Canadian provinces and the U.S. states in which we have represented clients for more than two decades.

Before Mr. Chekan opened McTavish Law, he had been an equity partner with a national US law firm with responsibility for its Canadian practice and its offices in Windsor and Toronto, Ontario.

Mr. Chekan is an honorably discharged US Marine. 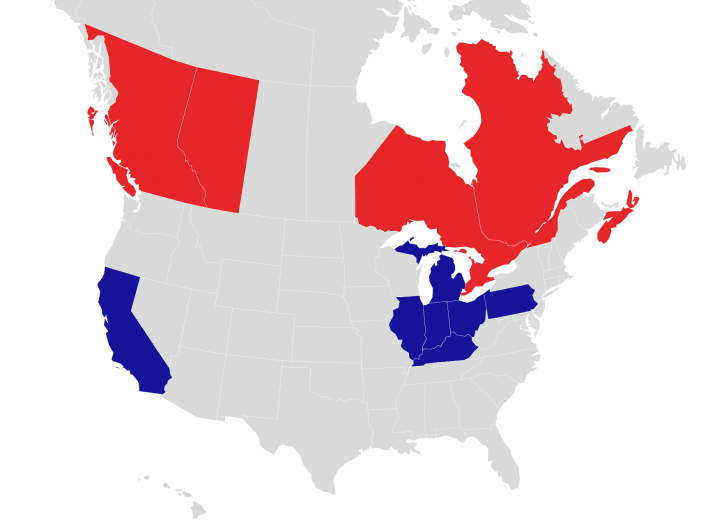